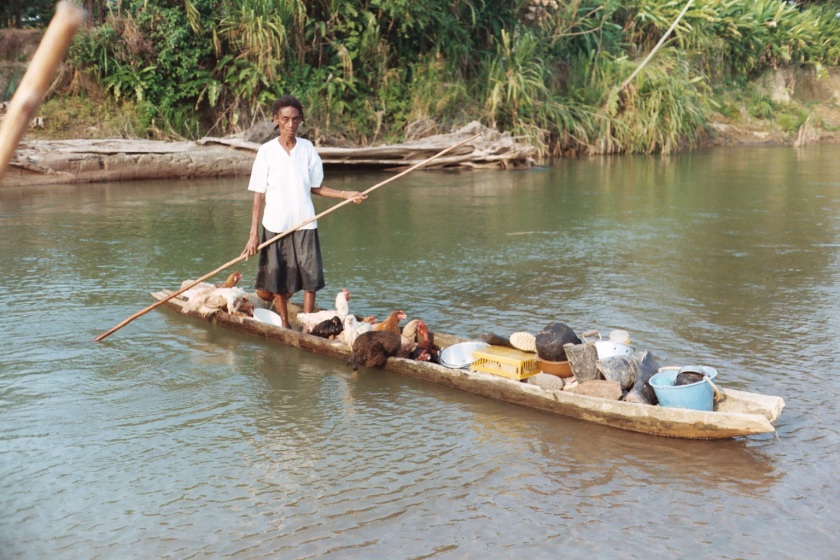 Being a friend is being a witness. In prayer we befriend God and each other, witnessing suffering, oppression, anger and perplexity, groaning, staying near, waiting for resurrection.

In early 2003 I had the privilege of praying with Afro-Colombian women and children in an isolated community that was under daily harassment by right-wing paramilitaries. The armed men had set up a base within a short walking distance from Puerto Lleras, an outpost of the Jiguamiandó community, which had committed itself to acting with nonviolence and to avoid cooperating with any armed groups. In February the paramilitaries had shot and killed an eleven-year-old boy, Hermín, simply for spotting them across the river and calling out to his father, who was fishing. A few days before I arrived in March, a man named Aníbal  had gone out to gather plantains and firewood for his family and had disappeared; his body was never returned to the community. The government had been unresponsive to pleas for help; in fact, it was known that the paramilitaries worked closely with the army battalion deployed in that region.

I had been invited to come to Puerto Lleras as an acompañante, an international witness. During my three days there, the “paras” entered three times. Each time they were spotted, the adults and children scurried to gather in the caseta, a roofed structure without walls that served as the community school. My role was simply to stand in front of them and ask the armed men to leave.

Our enemies were flesh-and-blood men carrying weapons and making threats. . . . “Whenever I am afraid I will trust in you.”

At the time of the second incursion, I had been reading my Spanish Bible. Once the paras walked off, some of the community adults went back to their homes, but others lingered. I asked them if they would like me to read some Scripture aloud; eagerly they said yes. A couple of the women suggested specific psalms. We prayed the words as we heard them:

O Lord, how many are my foes!
Many are rising against me;
many are saying to me,
There is no help for you in God.
But you, O Lord, are a shield around me,
my glory, and the one who lifts up my head. . . .

I am not afraid of ten thousands of people
who have set themselves against me all around.

There are many who say, “O that we might see some good!
Let the light of your face shine on us, O Lord!” . . .
I will both lie down and sleep in peace,
for you alone, O Lord, make me lie down in safety.

My reading of the Psalms was transformed that day. Until then I had generally spiritualized them—the enemies besieging me were my own failures, idolatry, lack of love, or great social forces such as consumerism and imperialism. Now, as in the experience of the biblical writers, the enemies were flesh-and-blood men carrying weapons and making threats.

Eventually our prayerful reading and singing was interrupted. Someone hissed, “They’re coming back!” The community members quickly, grimly, returned to the caseta.

A little girl with big eyes was wandering in the open area near me. I asked if her mother was in the caseta, and she shook her head. I picked her up.

And because there was nothing else to do I began to sing, first quietly and then louder, in English, a song based on Psalm 32:7:

The armed men, seven of them this time, stared at me as they passed on the river path. They looked confused. The people behind me and the child in my arms fell utterly silent. The song took on force, rose into the trees, looped, and repeated several times, carrying us all.

Finally it stopped, and we waited. Having made their circuit through the settlement, the paras returned. They were young men, and the psalms we’d read had reminded me to love them. The leader made a stab at conversing with the community members, but after a woman burst out with an eloquent plea to be left in peace, the men walked off toward their base, obviously at a loss.

Within an hour, a few human rights workers arrived with large canoes poled by men from a sister settlement downriver. The people of Puerto Lleras hastily gathered essential belongings and loaded them into the boats—folded mattresses, pots and pans, bags of rice, clothes, potted herbs, chickens. The elderly and the little children found perches on top or in between, while the rest waded the shallow river and came together to pull the boats over sandbars.

The paramilitaries undoubtedly knew of our exodus, but they chose not to challenge us. After three and a half hours, we reached Pueblo Nuevo and unloaded. Our hosts promised to share food and living space until the people of Puerto Lleras had had time to set up their own dwellings.

Ever since that day, reading psalms has driven me to remember and to stay in prayer for the people of Jiguamiandó. Be a shield around us; lift up our heads; do not let our enemies have their way with us. You are our hiding place.

3 thoughts on “Prayer & hunger for justice”